System Defender Antivirus has some features of antivirus software, but the true fact we know about it is that this is a fake antispyware utility, also classified by many security blogs as rogue. The program is the product of online hackers and cyber fraudsters who can’t wait until they deceive more and more users all over the world. Their malicious “masterpiece” intends to make users believe their system is in danger, after several fake security scans being initiated with every system startup. This is a brief description of the above-mentioned scareware. Now let’s delve into details describing this hoax more accurately and analyzing the ways it can be removed from your infected computer.

System Defender Antivirus malware is the unwanted guest for many systems. It comes without warning and immediately modifies your system for the purpose of being launched automatically each time you switch the PC on. Remember that this peculiarity of this virus program is typical to all other rogue programs. Thus, once you turn the PC on you will immediately see the window of this scam, and it immediately begins to scan your computer. The truth, however, is that this is just the imitation of a real scan, and the report that follows after scan completion is a fake one, with the infections being invented and unreal.

The purpose of System Defender Antivirus rogue is to make you think your system is in danger. It wants users to believe in lies stated by it about various infections revealed. This hoax has in mind to convince users to buy its useless and helpless licensed version which is not able to get rid of real threats when they do attack your system.

So, we hope this information has been quite clear to you. Never buy the useless utility that dared to name itself as System Defender Antivirus. It is not what it claims of itself. Instead of being a powreful security application, this hoax simply deceives you and imitates protection of your PC. In times when serious threats do attack your PC this hoax will be totally useless. In order to get rid of this virus we recommend that you scan your PC with the powerful security application called Plumbytes Anti-Malware. But before you do this, please first of all terminate the process of fake AV with RusKill.exe free application as described below.

We forgot to mentioned that free removal of System Defender Antivirus is available with the free trial activation code of Plumbytes Anti-Malware. Simply get in touch with the official Plumbytes Anti-Malware customre support page at http://support.gridinsoft.com/open.php?, ask for a free trial activation code, receive it onto your email and remove the rogue at no cost for you. Good luck! 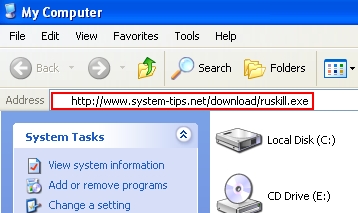 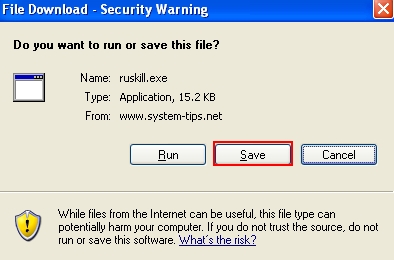